Взято отсюда
Humans have populated the Earth so successfully and heavily that it's easy to find traces of human activity in virtually every corner of the world. Sometimes, these manifestations are harmless; many times, they bring serious repercussions for the planet. For Iranian fine art photographer Milad Safabakhsh, one way to interpret this is to look for these traces of human presence in their simplest or most subtle forms. With this in mind, he embarked on a journey to put together Erde, an ongoing, long-term body of work that highlights the effects and presence of humans on Earth. The series was derived from the etymology of the word “Earth”, which came from both English and German words, ‘eor(th)e/ertha’ and ‘erde’, respectively, which translate to “ground.” Взято отсюда 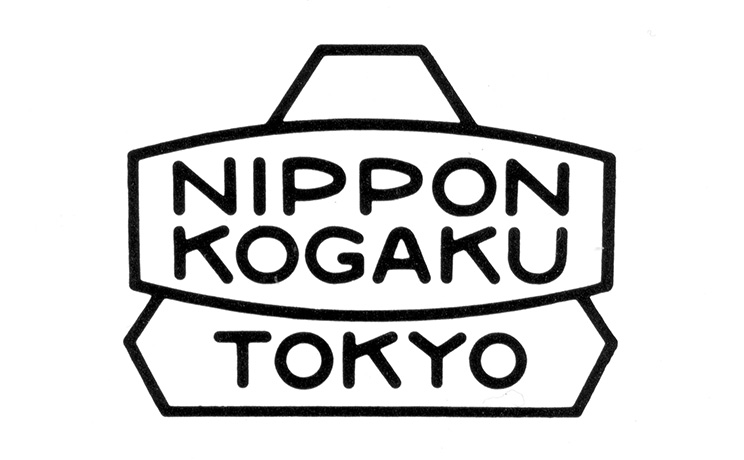 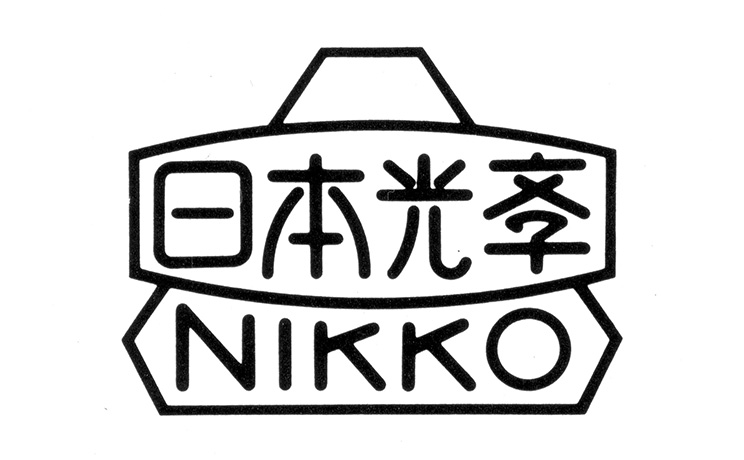 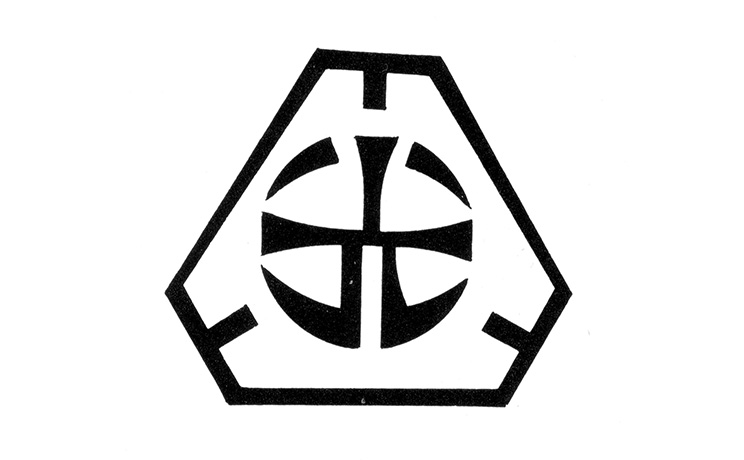 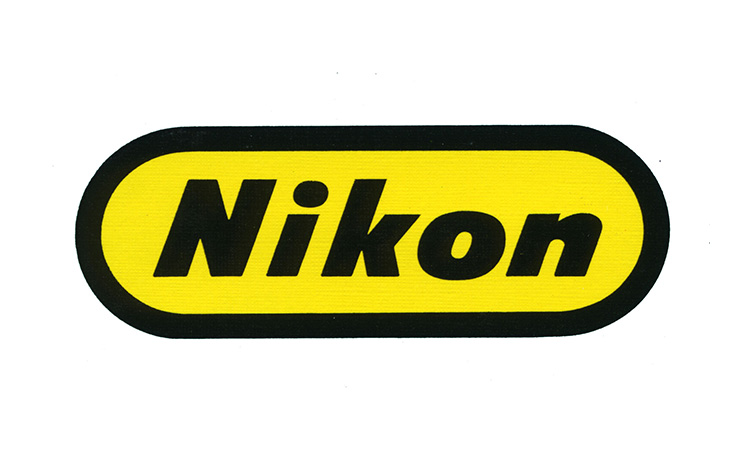 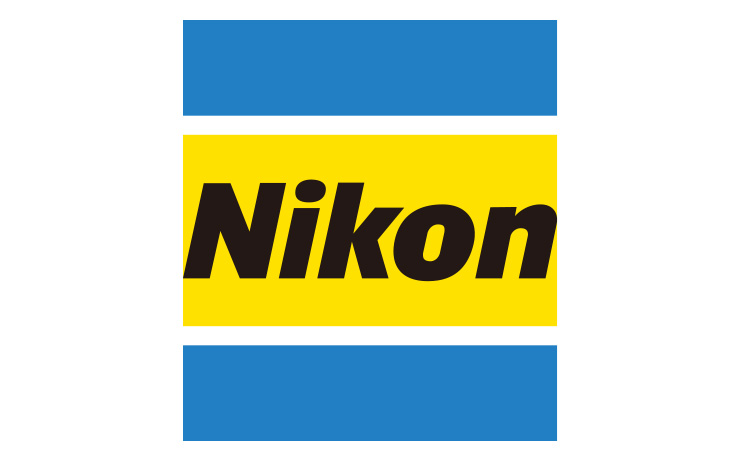 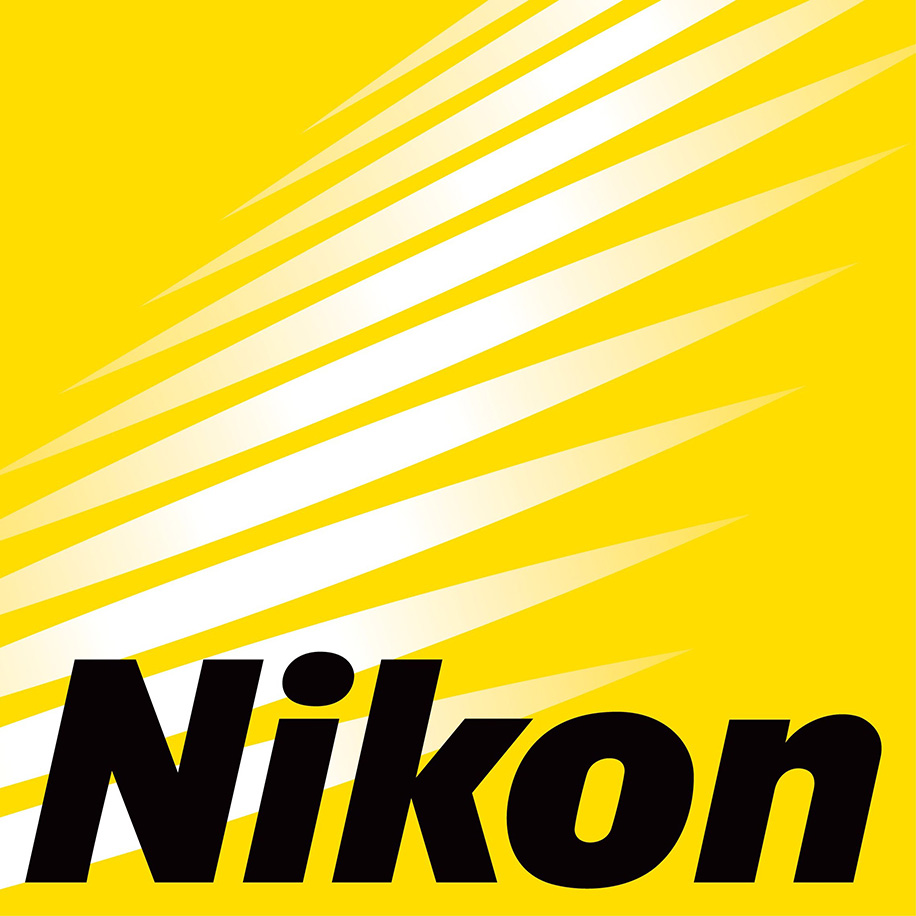 The Nikon logo over the years:

Foundation: brand symbol originally used for the company letterhead from the establishment of Nippon Kogaku K.K.

1930s: brand symbol created based on a lens image.

1949: this design was used for brochures and the English-language company letterhead.

1968: designed by Mr. Yusaku Kamekura. This brand symbol is known as "Track Nikon" or "Track mark".

1988: when the company name was changed to Nikon Corporation, a new brand symbol employing a blue color was adopted.

2003: The current brand symbol was introduced.

The post The Nikon logo over the years appeared first on Nikon Rumors. 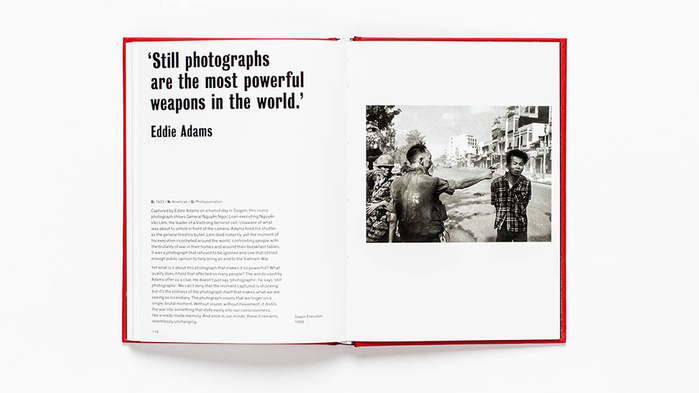 Today, we’re going to step away from multitude of camera announcements, software updates, and gorgeous new lenses that have tickled our feeds recently and take a look at a brand new book titled “Photographers on Photography: How the Masters See, Think, and Shoot.” [More...] 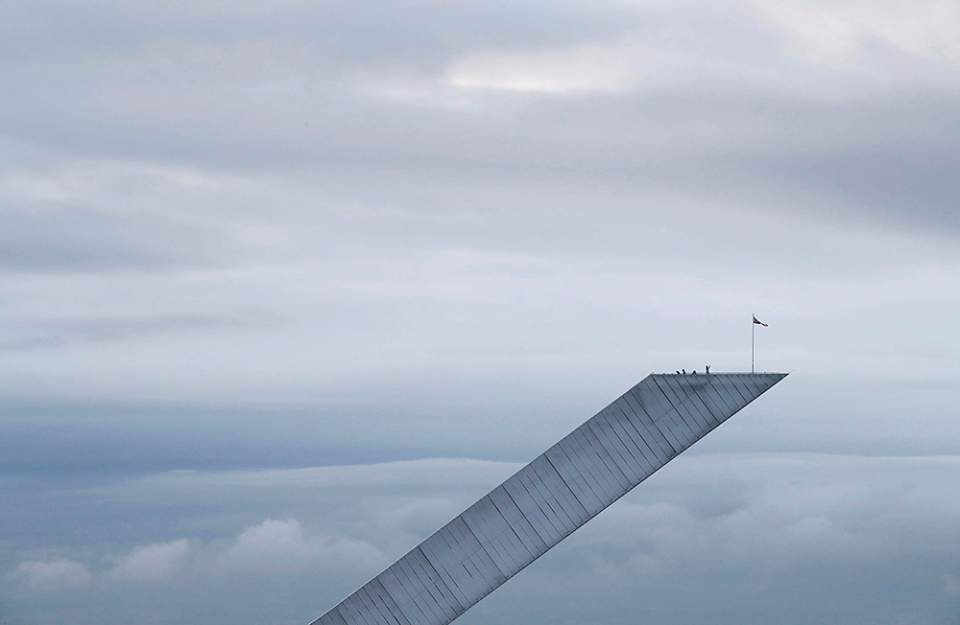 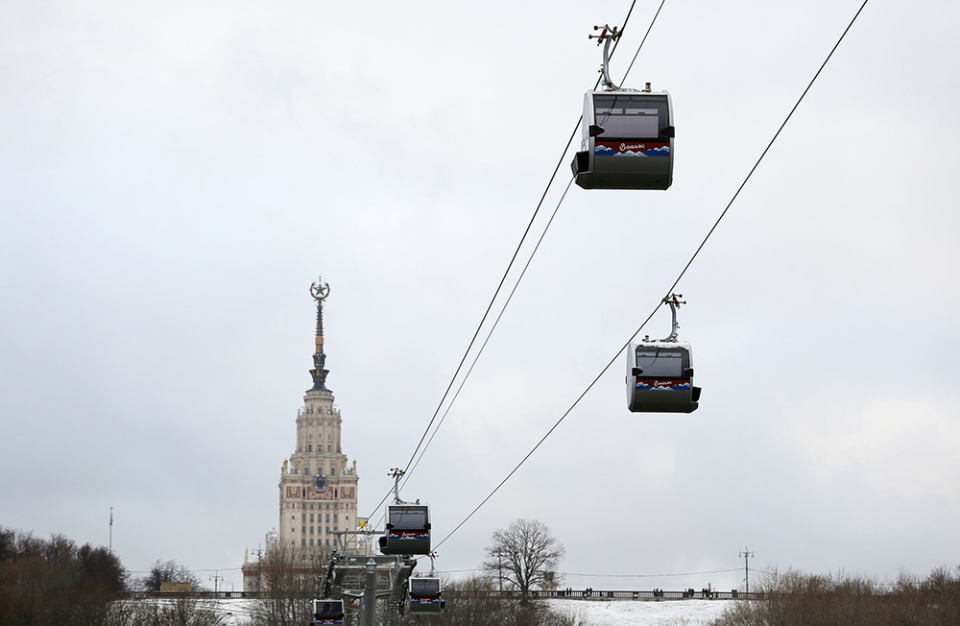 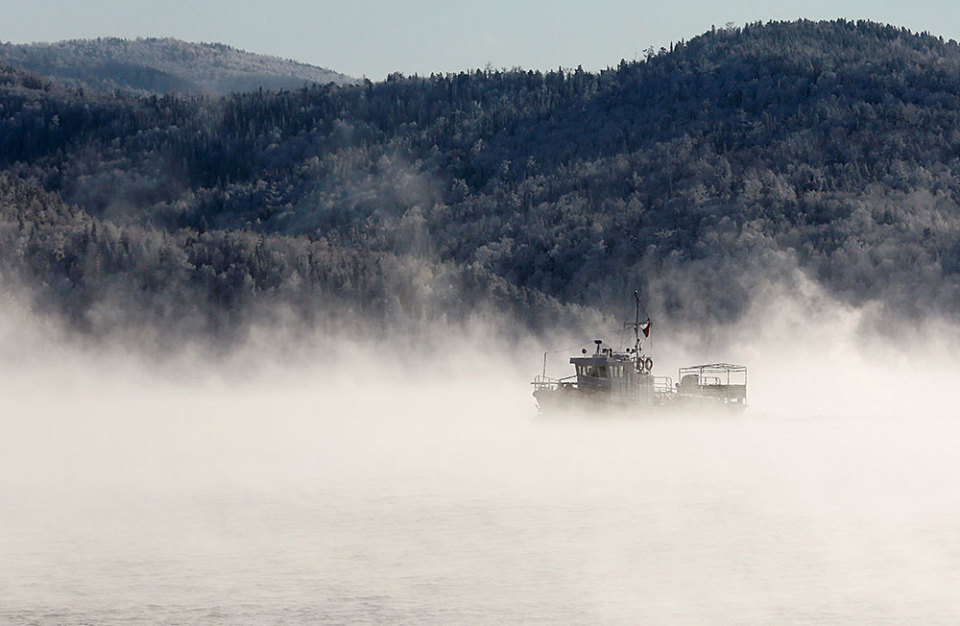 The open source Corretto distribution of OpenJDK currently is in beta. It is multiplatform and can be deployed in the cloud, on premises, and on a user’s local computer. Licensed under the Gnu Public License Version 2, Corretto is designed as a drop-in replacement for all Java SE (Standard Edition) distributions, unless users are using features not included in OpenJDK.

To read this article in full, please click here

Electric motors are extremely compact compared to their combustion-engine counterparts. As long as you have room for batteries and a controller, you can pretty much put them anywhere. That's what sidecar-motorcycle maker Ural did for its electric concept vehicle based on its C-T bike. It's a one-off curiosity that blends the latest in powertrains with a design that's been around since before World War I.

I took delivery of the bike one sunny morning in Long Beach, California. "Have you ridden a Ural before?" asked Will, who dropped off the bike.

"Have you ridden an ATV before?"

I thought about the eight- to 12-hour summer days I spent as a kid riding an ATC, the three-wheeled Honda that predated the quad runners everyone rides today.

"Yes, yes I have," I answered and I was handed the keys and told that you steer the bike similar to an ATV. In addition to how you actually steer, adding a sidecar to a motorcycle also changes how you see the road. I can't lane split, and the additional weight and space taken up by the passenger portion of the bike takes a bit to get used to.

If anything, the least weird part was the electric powertrain. That has a lot to do with Ural's partnership with electric-motorcycle company Zero providing the motor, battery, controller and components. They've even included the Zero instrument cluster.

By teaming up with a leader in two-wheel EVs, Ural has leapfrogged any issues with the way the bike propels itself. The company just attached the rear wheel to the electric engine and added batteries under the gas tank and beneath the sidecar seat. The combined capacity of those two power packs is 19.5kWh. Which results in a range of up to 103 miles.

Not exactly great. But remember, this is a "proof of concept" and there's a lot of tweaking Ural and Zero could probably do to get that range further above the century mark. If this bike ever does make it into production (fingers crossed), that sidecar and its ability to handle more batteries than a typical bike would be great for range.

Sadly, I rode the bike alone and without a dog wearing goggles as my co-pilot. I was unable to see how the motorcycle handled the extra weight of a friend or pilfered pup. But going solo meant I was never wanting for power when riding around town.

As for turning: Yeah, it's weird. But after about an hour you get used to leaning like you're riding an ATV. It's a muscle memory for me (a very old one); for others, it might take a bit longer. Yet once all that falls into line, the electric Ural goes beyond the quirkiness of riding something designed before my parents were born and used by the Russians to fight Nazis (even though the initial bike was a clone of the BMW R71) and opens up a world of possibilities.

The sidecar also has a trunk where I was able to store my camera gear. But you could easily put two small overnight bags in there for a weekend trip. Preferably a location with a route along a back road.

The Ural is not made for highway riding. It's got a rough ride and you really shouldn't go faster than 65. The bike will do 88 miles per hour, but I wouldn't recommend it, alone or with a passenger. Even at low speeds, if you're on a particularly rough road, you and your spine are going to feel it. Riding it in town and along meandering backroads? Great. Riding it on the freeway? Bad.

That's the nature of the bike itself. Add the rapid discharging of batteries at high speed and going fast really isn't ideal. And yet, I really hope this bike does go into production. Ural says it'll make a decision "based on market research, consumer and industry experts' feedback" if it'll build this EV with a sidecar. If that pans out, it'll be two years of development before the bike is under the butts of riders.

But if it's half as fun as what I rode on a sunny weekday afternoon in Southern California, it'll be worth the wait. 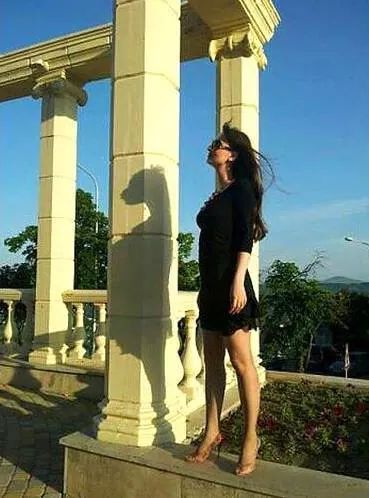